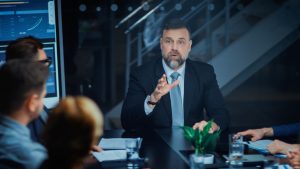 What about leadership in organisations? Is charisma a critical competence when leading transformation?

He concluded that larger-than-life celebrity leaders are negatively correlated with the transformation to greatness. Three pieces of evidence stand out for me:

I must admit that I am a sucker for the charismatic leader (provided their world view is largely similar to mine), however it is surely time for us to get behind those leaders who might be more bland but who are really building organisations with the best potential and longevity.