So many change programmes focus on communication as the main 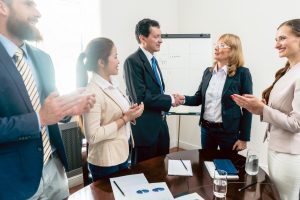 vehicle for leading change.  However this is inadequate for managing stakeholders who are involved in improvement programmes in which they have a real and significant stake.  Involvement is the minimum to guarantee engagement. Let me illustrate.

During a recent process and system development programme, the leadership established very effective communication mechanisms especially with a group of stakeholders who had a strong commercial interest in the outcome. There were regular one-on-one sessions with the Chief Executives and these organisations were involved in 2 levels of steering groups as well as consultation at the project level. These stakeholders did voice concerns when they felt it was necessary but it became clear that this was at the level of interested observers rather than passionate co-workers. This became increasingly concerning as the programme progressed and the challenge became how to break this mould.

It was clear that these stakeholders would each have to make a critical investment decision about the project and that this would require each of them to develop their own business case. If this was to happen, each one would need to undertake an impact assessment of the system requirements on their organisation. The programme management team recognised that this introduced another risk to the programme in that if it happened too late (ie when the requirements were completed and this was looking very likely) and the impact
was significant, it created the possibility of a huge delay as these stakeholders sought to reduce the cost of the programme.

There is a clue in the name we give people who have an interest in our improvement programmes – we call them stakeholders. If they are to fulfil this role, those of us who are involved in driving improvement need to ensure we create groups of committed co-workers through involvement rather than passive spectators through communication.