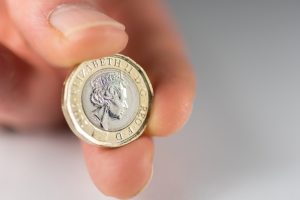 This joke by Ken Cheng was the winner of Dave’s Funniest Joke of the Fringe Award for the Edinburgh Fringe in 2017. The joke refers to the recent change to the £1 coin in the UK but also captures most people’s feelings about organisation change – they hate it.

The joke reminds me of some negative features of change in organisations.

Firstly, we hate change that is done to us rather than with us because we have no say about it and little influence. Whilst this may not matter when changing the pound coin, it often matters very much to us when it is in the organisation we work for and care about. Often staff in an organisation have far more time and commitment invested in their place of work than a leadership team that may consist of many newcomers.

Thirdly, we hate change when it involves considerable effort but there is little resulting benefit. The pound coin is still worth one pound whatever it looks like and however hard to copy. Sadly in organisations, much vaunted change can result in little real benefit despite all the amendments to procedure, computer systems etc.

Organisations that involve their staff in change rather than making them victims of it, open up the opportunity of delivering real transformation:

All of us are pre-disposed to struggle with change that we are not initiating. There are no panaceas to resolving this however a wise leadership team will resist the urge to start by letting loose the change professionals with solution development and will first plan the full approach to change including how to give real involvement to the team members who will be affected.