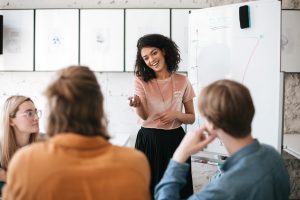 Its not the resistors, it is the deniers you need to watch

One warning to change leaders – beware the change deniers. Rather than resisting change,
some people appear to be completely undaunted by the improvements which are being proposed. During the early days when many people seem to want to fear or resist change, people who appear to do neither are a great support. In the longer term, however it is easy to be taken in by this reaction.

However this supportive nature can hide someone who is a change denie. The mindset of the denier comes from a wish to avoid pain and therefore they do not face up to what is being proposed. They assume it will never happen or that they have seen it all before – certainly it is everyone else that needs to change.

Eventually it will become obvious that these people are full of good ideas but they never implement them. They do not appear to resist but there never really support. Sadly it is often the people with the most knowledge and service who become like this – their experience of failed change over the years has led them to lose faith.

Some advice – do not build your change programme around a denier. Sooner or later you will ask of them the one thing they cannot and will not do – change themselves.